March [from the Latin: Martius – named for Mars, the Roman god of war] marks the beginning of Spring [meteorologically on the first day, astronomically on the 21st – 23rd, also known as Spring Equinox [for the Northern Hemisphere].

Speaking of Spring, it seems it was in a hurry this year! Everything is starting to bloom after a rather warm February. There is a saying that when March comes in like a lion it goes out like a lamb. It went the other way round, so I hope it won’t leave with a roar!

Back to March though.

*[although I wonder why red isn’t one!]

* hence the title – and no, the spelling in the title IS correct. I took the liberty of altering it as it is my birth month 😉

• According to Pythagoras and the Pythagorean school, the number 3, which they called triad, is the noblest of all digits, as it is the only number to equal the sum of all the terms below it, and the only number whose sum with those below equals the product of them and itself.

• Threes, triplets and triads are very significant in esoterism and many religions.

• It is the atomic number of lithium

There is a downside to March… on the 27th, we [in this part of the planet] switch to DST [Daylight Saving Time]. We lose one hour on that Sunday and for the following 7 months!

With the above in mind and trying hard not to succumb to reds [!] 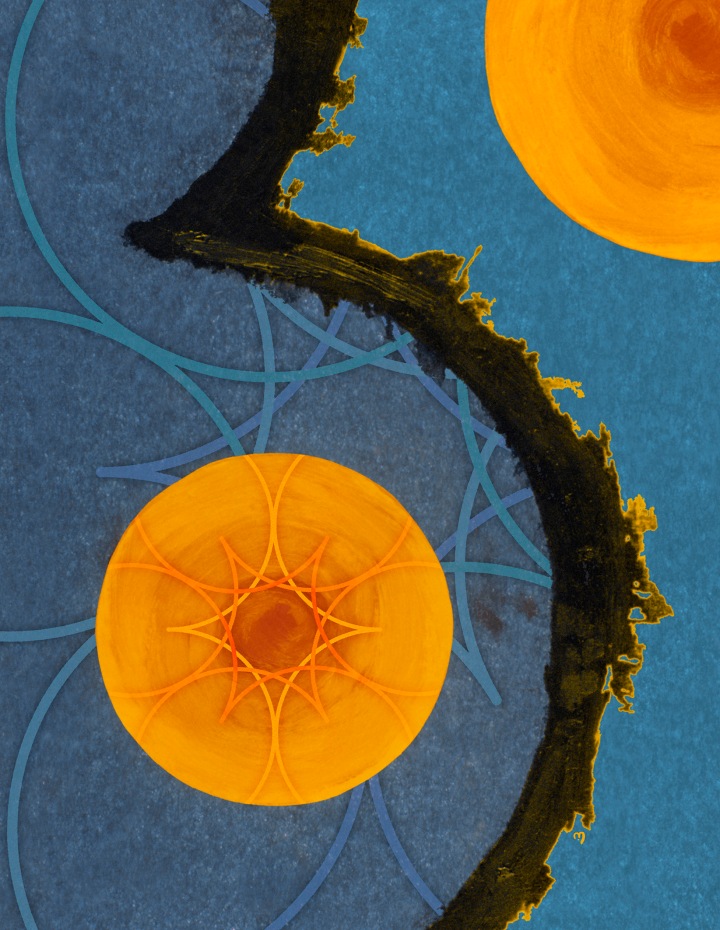 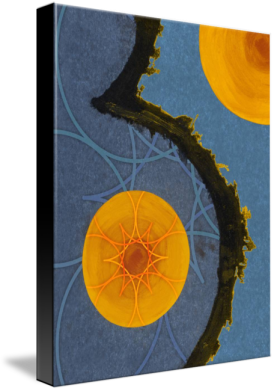 And for the musical March:


My best wishes to everyone and:

“Daffodils,
That come before the swallow dares, and take
The winds of March with beauty.”

About months & numbers: Back in September 2015, inspired by Bumba’s “The Numbers Game Is Here: Mathematics for Dummies” The Whole Nine Yards, I started working on images for each month. First month was September, so this series will be completed in August 2016!

Marc Chagall “The House with the Green Eye”